For Joey's Challenge this week she started us off with Andromeda and a few Fescu. I came across the tangle Niuroda by Tina Akua Hunziker the other day and I wanted to try it out. At first when I drew it beside the Andromeda, I thought "Oh no, this is no good!" But after I added some shading and incorporated some Flux into the Niuroda, I really think it works nicely together.

I also did tiles for the last two Diva Challenges. The first challenge was to use nested hearts as a string. I used it as an opportunity to try out SpinRose and Jetties. Jetties reminds me of the balls for a game called croquet that we used to play when I was little. 😊


The second was to make a zendala using a heart string. I didn't have a round tile so I traced around a cup on one of my tiles to make a circle. I use lots of organic looking tangles so I am trying to learn some more geometric ones. I tried out a couple new ones inside the hearts. I think Ria might recognize one of them! I really liked drawing Nouvart and will probably use it a lot in the future.


I have lots of mom stuff going on this week so my post is a little later and shorter than what I hoped for! Thanks for stopping by to check out my tangles!! 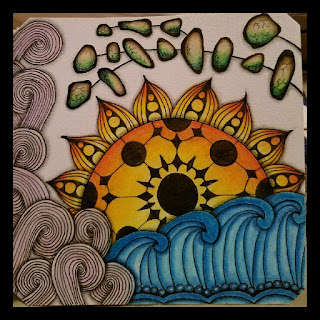 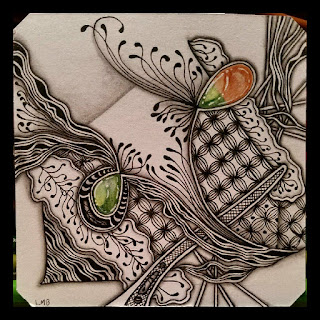 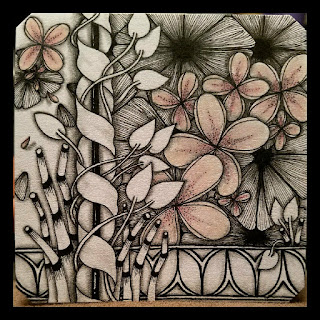 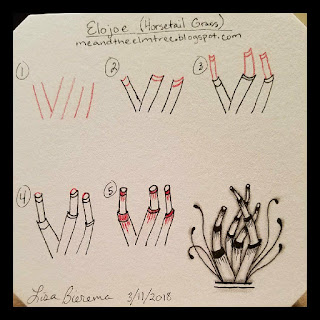